English version: Murderers are being allowed to go free

In a confidential letter, a Danish judge serving on the UN tribunal in The Hague criticises the tribunal for allowing senior Yugoslav officers accused of war crimes to go free.

Several of the military leaders who in the early 90s helped reduce Yugoslavia, a country that had been an idyllic holiday destination, to ruins and who share responsibility for the executions, expulsion, shocking violence, burning of houses and ethnic cleansing suffered by the civilian population are now free – though they should have received severe sentences.

This is the opinion of one of the top Danes in the international judiciary, Frederik Harhoff. Harhoff is a judge on the International Criminal Tribunal for the former Yugoslavia. His criticism amounts to a severe and dramatic accusation against the tribunal as a whole. He maintains that the American president of the tribunal has exercised 'persistent' and 'intense' pressure on his fellow judges to allow top-ranking officers to go free.

Harhoff's five-page letter, the precise contents of which are confidential, was addressed to 56 people, including several lawyers. In the letter,Harhoff scrutinises and criticises a series of judgements acquitting Serbian and Croatian leaders.

"The most recent of these judgements have occasioned a deep professional and moral dilemma for me, one that I have never before experienced. The worst of it is the suspicion that some of my colleagues have been exposed to short-term political pressure and this completely changes the premises of my work to serve the principles of justice and reason", Harhoff writes in the letter. He makes it clear that the development "has awoken deep concerns both in myself and other colleagues in the corridors of this tribunal".

The dramatic letter is the first confirmation of a growing feeling that the UN International Criminal Tribunal for the former Yugoslavia (ICTY), which was established to ensure justice and reconciliation after the bloody war, is about to lose its legitimacy. Only ten days ago, the British weekly The Economist wrote that the credibility of the tribunal "was in tatters" after several people accused of war crimes escaped punishment.

Harhoff, an expert in international law who was appointed a judge by the United Nations General Assembly in 2007, directly accuses the president of ICTY, American Theodor Meron, of putting his judges under pressure to acquit war criminals. The motive apparently has to do with the fact that the court in The Hague is creating a – from the military point of view – alarming practice, which can mean that top-ranking officers or leaders can be put on trialif their subordinates have committed war crimes, even if the officer's part in these crimes was a minor one.

"It would seem", writes Judge Harhoff, "that the military establishment" in leading states such as Israel and the US "felt that the tribunal was getting too close to top-ranking military commands."

"Has an Israeli or American official influenced the American President of the tribunal to effect a change of course?" Harhoff writes in the letter.

Harhoff points out that the tribunal, which was established in 1993, had set up a "fairly firm legal practice". This allowed for the conviction of military or political leaders with respect to crimes of genocide, war crimes and crimes against humanity, if such persons had associated themselves with or supported an aim to drive out ethnic groups from certain areas using violence, and had thus in some manner helped to make these crimes possible.

But this "just" practice is now changing, thinks Harhoff. He makes a direct reference in his letter to the aquittal in November 2012 by the appeals court of the high-ranking Croatian officers, Generals Ante Gotovina and Mladen Markac.

In 2011, the two officers were sentenced by the ICTY's Court of First Instance to 24 and 18 years' imprisonment respectively for, among other things, crimes against humanity, since they were partially responsible for the mass expulsion of Serbian civilians in the Krajina area in 1995. Since then, the very same tribunal's special court of appeal acquitted the two Croatian generals, by a vote of three judges to two. Harhoff is not alone in thinking that the acquittal is unjust. The Italian judge Fausto Pocar was one of the two judges who voted in the court of appeal to uphold the conviction and sentence. He writes that he is "fundamentally opposed" to the acquittal, which is "contrary to all forms of justice".

Harhoff also cites the acquittal of the Serbian Chief of the General Staff Momcilo Perisic, who was sentenced in 2011 to 27 years' imprisonment for “directly helping” and “encouraging” the crimes against humanity and war crimes committed between 1993 and 1995 in the Bosnian towns of Sarajevo and Srebrenica.

In February 2012, Perisic was acquitted by the appeals court. Here too, the judges voted 3-2.

Judge Harhoff states in his letter that the public "will probably never" be told to what extent his suspicion that the American President of the tribunal has influenced the result of the case for political reasons is true:

“But the report of the American president of the tribunal's persistent pressure on his colleagues in the Gotovina and Perisic cases does more than suggest that he was fairly intent on arriving at an acquittal and especially that he was lucky in being able to persuade the ageing Turkish judge to change his mind at the last minute.”

The “ageing Turkish judge”, Harhoff refers to is the 77-year-old Mehmet Güney, who voted in November to release the two Croatian generals Gotovina and Markac.

Harhoff says that the new precedent "will in future and in the majority of cases allow the top-ranking person to go free. This means that American (and Israeli) commanders in chief can breathe a sigh of relief...". Harhoff adds "I am left with thedistinctly unpleasant impression that the tribunal has shifted course as a result of the pressure from 'the military establishment' of certain powerful countries."

The American journalist and author Chuck Sudetic, who covered the civil war for the New York Times and co-authored in 2009 a book on the work of the ICTY, told The Economist that the Nazi leader Adolf Hitler might very well have been cleared of his responsibility for the Holocaust if he had been judged using the standards that the UN tribunal in The Hague is now applying.

"This is not justice. This is blindness", he says.

Harhoff also criticises the Court of the First Instance of the tribunal, which is also thought to be under political pressure. In May, two Serbian security chiefs were acquitted, even though the tribunal maintained that they had built up and supported paramilitary groups that took part in "murder, deportation and mass expulsion with violence."

And one of the two judges voting for the acquittal, former Dutch Justice of the Supreme Court Alphons Orie “was under pressure from the American President of the tribunal", notes Harhoff:

"The word was that the president of the tribunal was demanding that the court pronounce judgement on the two accused men on the Thursday – before the three judges in the Court of the First Instance had time to properly discuss the question of guilt. The French judge (ed: who voted for the conviction) had only four days to produce his dissenting opinion, which was not in any case discussed by the three judges in the department".

Harhoff has told the BT that the letter he sent is "private" and that he does not want to comment on it. The UN tribunal president is likewise disinclined to comment on the matter.

In 1991, Yugoslavia disintegrated when Slovenia, Macedonia, Croatia and lastly Bosnia broke away. The Yugoslav (Serbian) Army attacked Slovenia, then Croatia and Bosnia, which eventually saw the worst of the war. From mid-April 1992, all of Bosnia was at war and Serbian forces carried out ethnic cleansing and massacres of the mainly Muslim population. Later the civil war was all-encompassing, involving hostilities between Muslims and Croats. In 1995, Croatian forces launched a counter-offensive and recovered large areas from Serbian forces. During this time, Serbian civilians suffered atrocities. The war ended in January 1996.

The UN International Criminal Tribunal for the former Yugoslavia was established in 1993 in The Hague, Netherlands. Since that time, 160 people have been convicted of war crimes. The last judgement is expected to be passed in 2016.

Download and read the English pdf version of the letter: 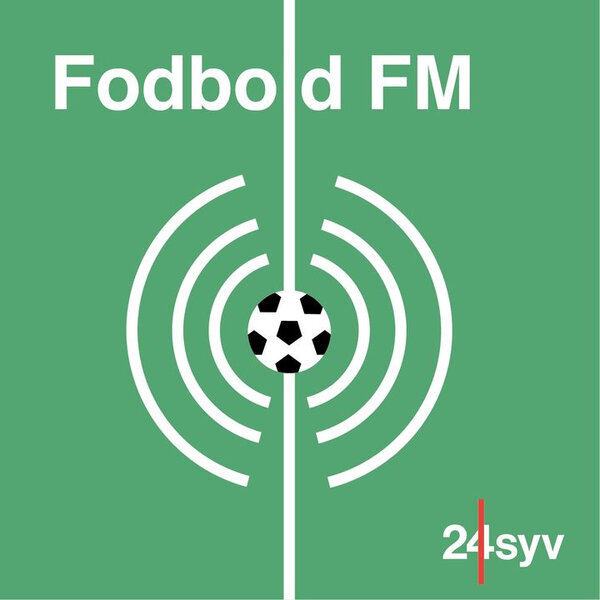 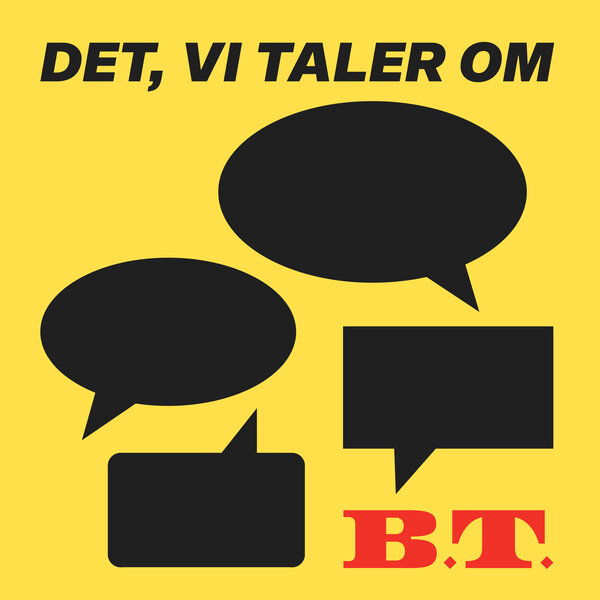 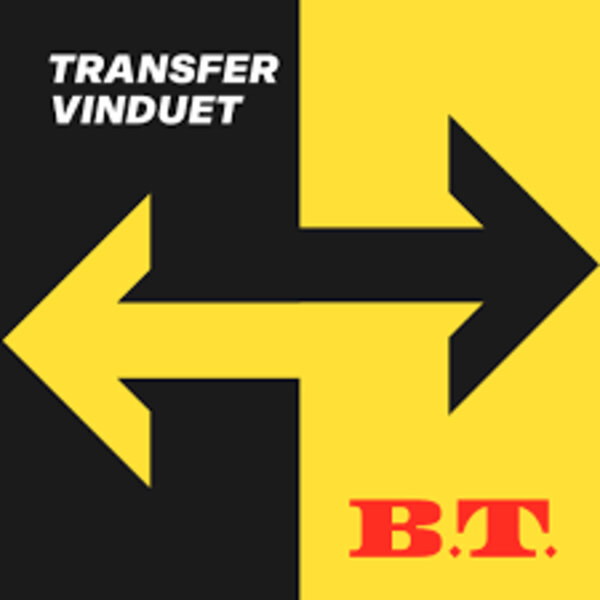 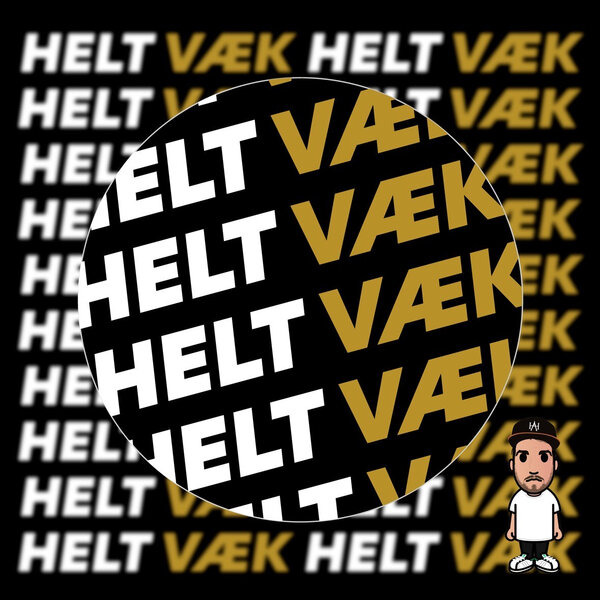